We are Denuit, Darkwave , Goth , Duo from France 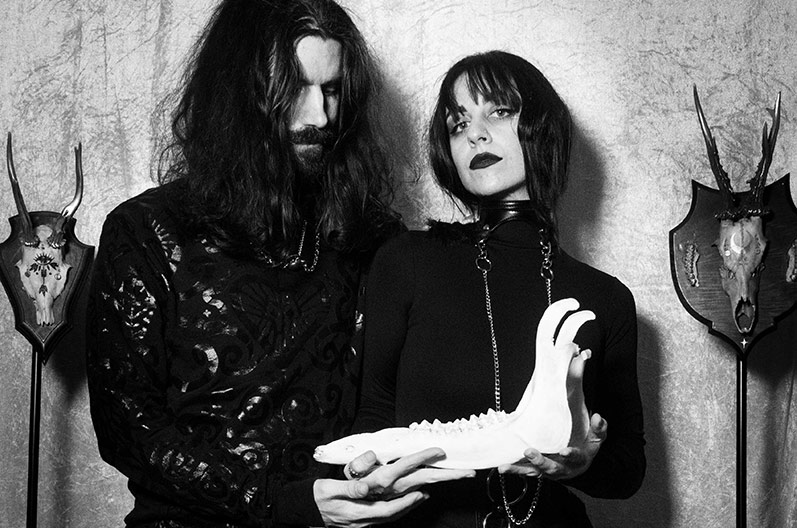 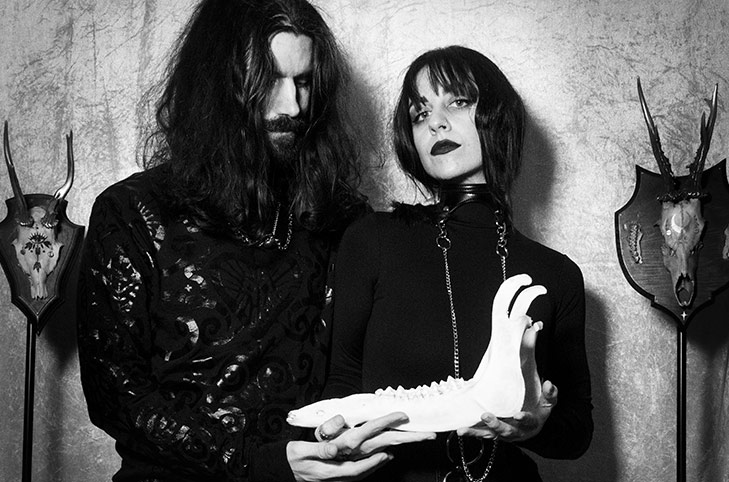 Who is Denuit ?
Denuit is a concept, a double-headed chimera, a visual and auditory performance. Dark and transcendental sounds. The duo remindes us of the great figures of Coldwave and postpunk, between the Cure and Siouxsie And The Banshees, but with their electronic sound they scream the sounds of our time.
Deep voice and electric instrumentation, rock energy and stage trance make up the duo’s mesmerizing performances. On stage they offer an immersive show, with a mystical set design and a hypnotic light show. Selected for the regional discoveries of the « Inouïes du Printemps de Bourges », they were able to conquer a demanding public.

At ease on the big stage, they recently played at Paloma, Nimes and Victoire 2, Montpellier. Supporting acts for Belgrado and Xarah Dion, the duo has started to gain international recognition.

“When the light and the shadows dance together, the night comes out of its silence. As the lighthouse we are surrounded by darkness but our voice is a candle. Our music raises the ghost and our heart beats the warm and the cold. The poetry is our scream, shamanic dance is our word. 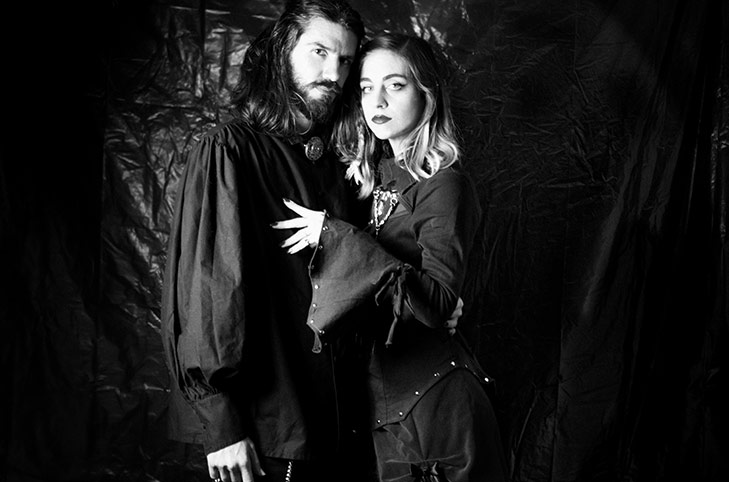 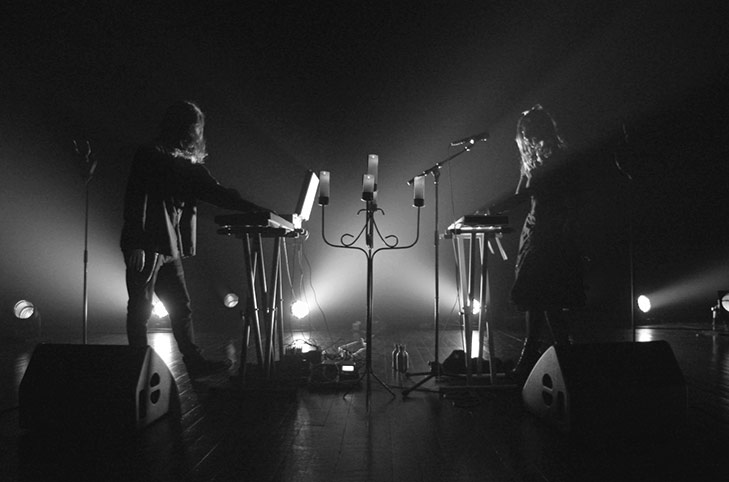 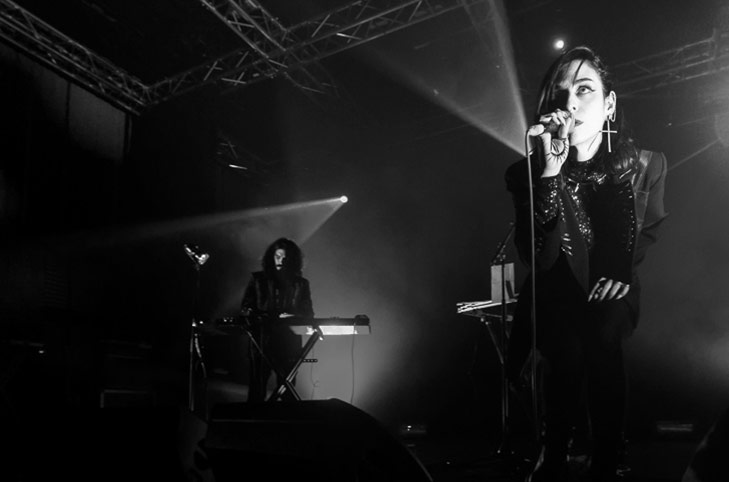 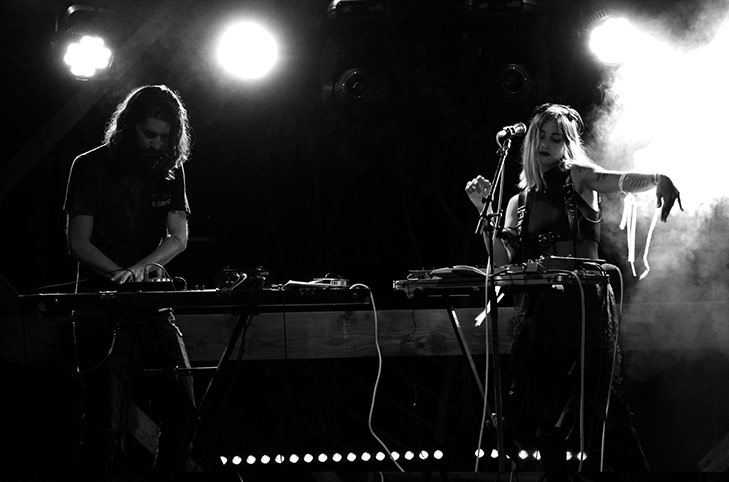 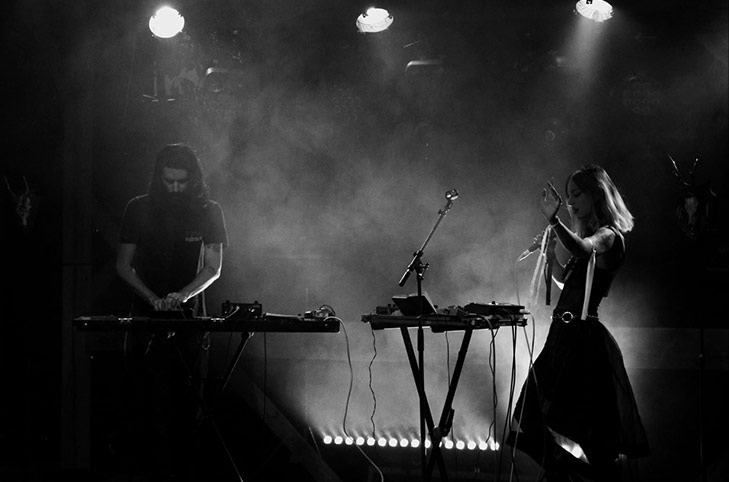 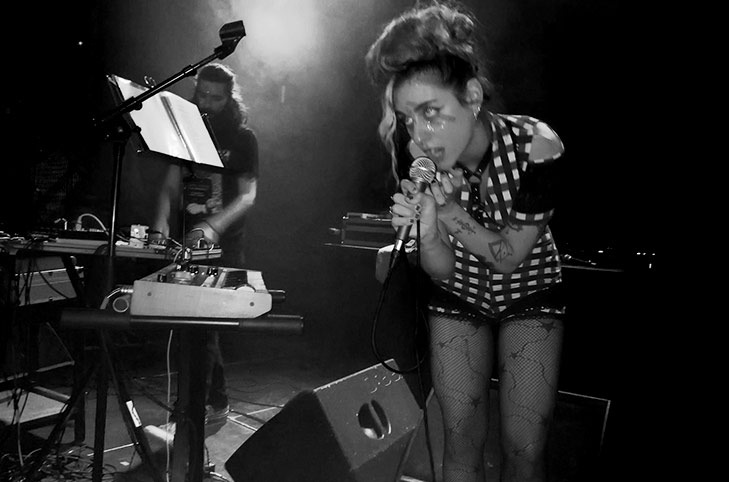 What They Say About Us:

Sometimes we come across a piece of music, a clip or an artist who sticks us in our chair.
Today, it’s Denuit that we found in our emails. The French duo based in Montpellier has produced singular music since 2017, between cold-wave, krautrock and techno. What characterizes it? His retro-futuristic style and it’s disorderly electronic music. While Ivi takes care of all kinds of machines, Lis sings, plays the flute, the gongs or the synth. Her vocal tone is exceptional (in the proper sense of the term). Her voice is powerful, sometimes aggressive. Repetitive rhythm, psychedelic synths, deliberately draft arrangements and saturated sounds: this is the magic recipe that gave rise to Oph, LP released on Monday, December 9. Between the heartbreaking sensation of weightlessness felt while listening to “Galactic Love” and the singer who gorges herself on “Black Ice”, we discover as the album progresses the planet Oph and it’s universe as captivating as dystopian. Definitely, Denuit is a UFO that arrives on the electronic scene with its experimental music stained with punk influences.
TsugiJuliette Chevet
Denuit, is Lis and Ivi who have been touring since 2017.
Their music – “tribal cold” as they define it – feeds on minimalist electro techno sounds as one could have heard in Berlin around the mid-80s, as well as influences like ritual music with beautiful percussions. “Western Avenue” It’s very metaphorical. The story is of a cowboy who associates with a monkey who will naively follow him in his bounty hunter activity, before realizing that he is out of place and finally rebelling. In the background, we talk about the taste for money which leads in doing unnatural things, of which sometimes and even very often animals are the first victims. If we sum up, it is about the dehumanization of the world “explain Bonnie and Ivi. “It is done in DIY mode. Continues Lis. “I wrote the screenplay and Ivi takes care of the production, behind the camera. We shot on the side of Palavas, everything was done in 4 days plus 2 or 3 of editing. “ On December 9, the third (already!) LP will be released, entitled OPH: the lonely planet, which is sort of the sequel to The war of steel. The duo organizes a first presentation evening on November 21 at the Black Out in Montpellier, then another date in Marseille in mid-December
Longeur D’ondesXavier-Antoine Martin
Denuit made the daring bet to loudly claim the term “cold wave” which has fallen a bit into disuse. Gothic but not the clownish one worn out by the American metal figures of the late 90’s. There we can see the filiation with the original figures as Siouxsie or closer to us the ones of Zola Jesus or Boy Harsher. A deep voice , electronic instrumentation, rock energy and scenic trance are perfectly enshrined in the captivating stage performances of the duo.
Trente Quatre ToursGuilhem Trébuchon
She’s Lis Araignée, 29 years old. Lui Ivi Topp, 35, together they form a duo since 2017. Originally from Toulouse, they settled down in Montpellier in 2018 with the intention of joining the local music scene. Their style is a mix of Detroit techno and 80s cold-wave, gave birth to a debut album in 2019, OPH. A second, Black Sun should be released in spring 2021. They are also among the 2020 winners of 34Tours, an artistic support system piloted by the department.
La Gazette LiveValérie Suiro

We collaborate with creative labels and people. We’d love to to hear from you.
Contact