Denuit is a retro-futuristic electronic duo mixing Tribal, Krautrock, cold-wave and techno influences. A cinematic universe in which the duo plunges us to the head. From one end to the other, their set tells a story, that of a disillusioned future where the war sounds its death knell. Misty vocals, flirting sometimes with the lyric sometimes with the serious sounds of cold-wave. Strange instruments that scream and resonate over a wave of psychedelic synths. A rhythmic deconstructed, repetitive, which leads into a frenetic dance. Machines that blow the dark and spatial sounds of a nervous but atmospheric music. In a few words, Denuit is a dystopian world that must be visited and heard.

Photos from our different lives around the world. 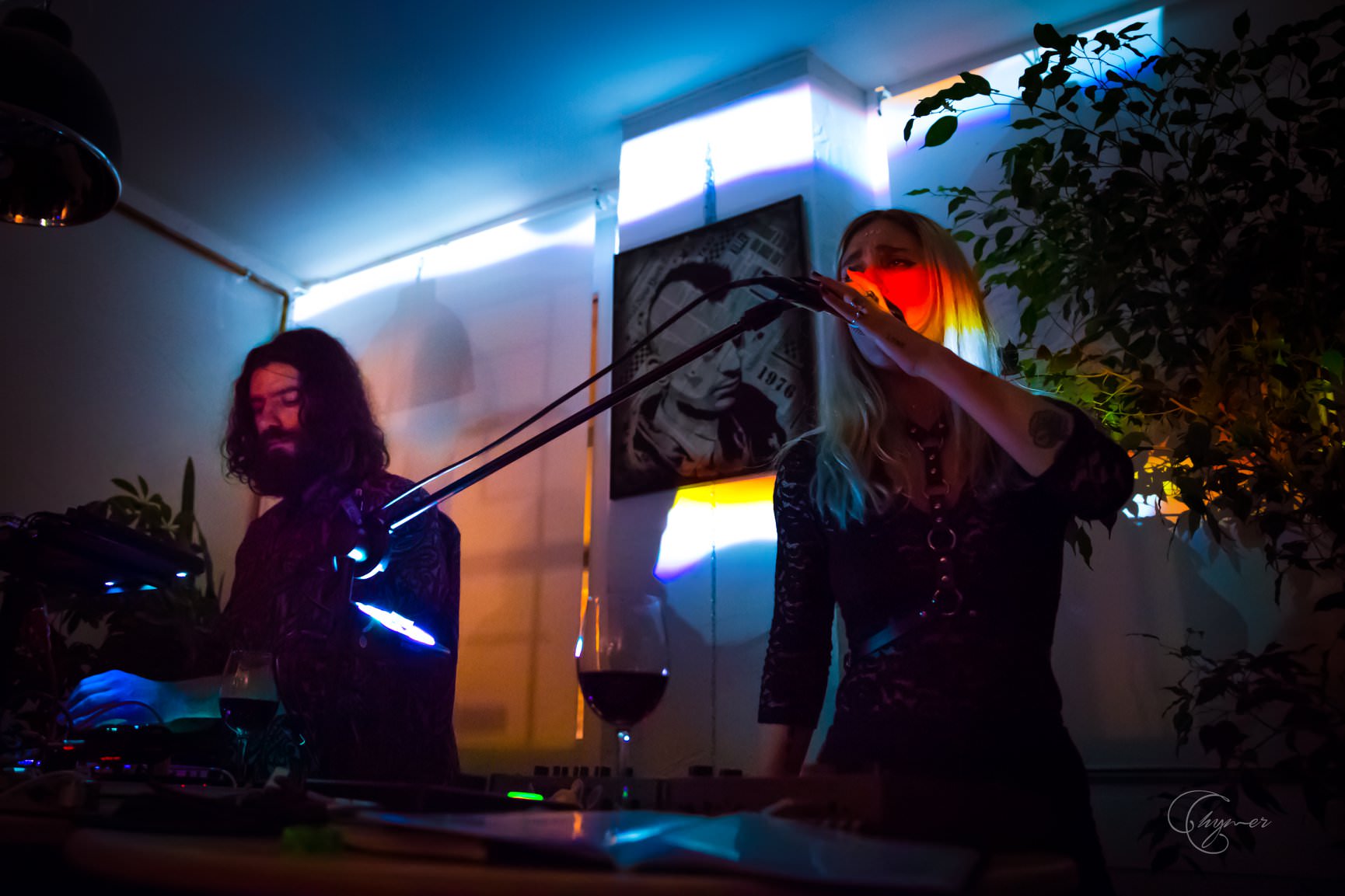 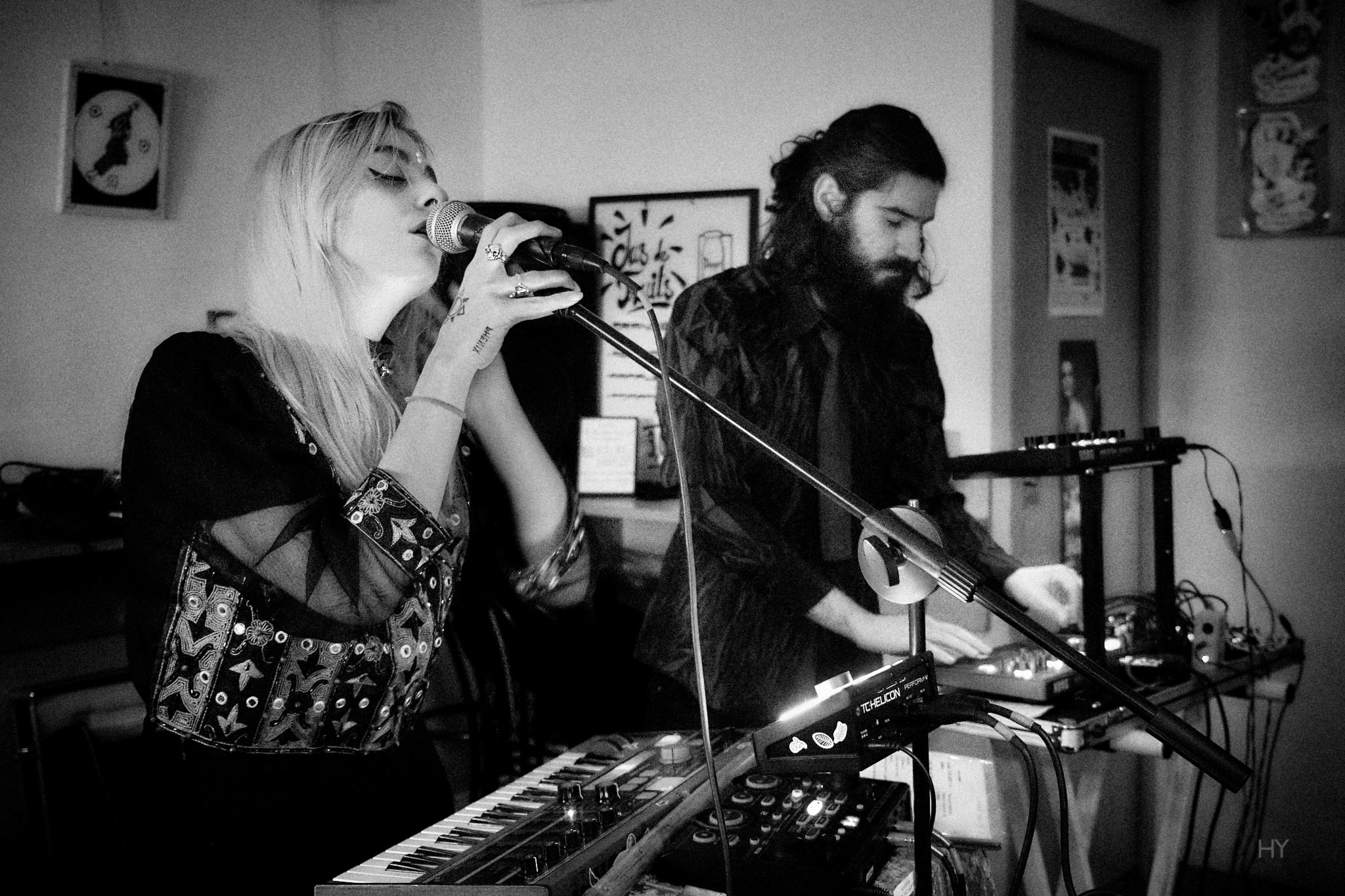 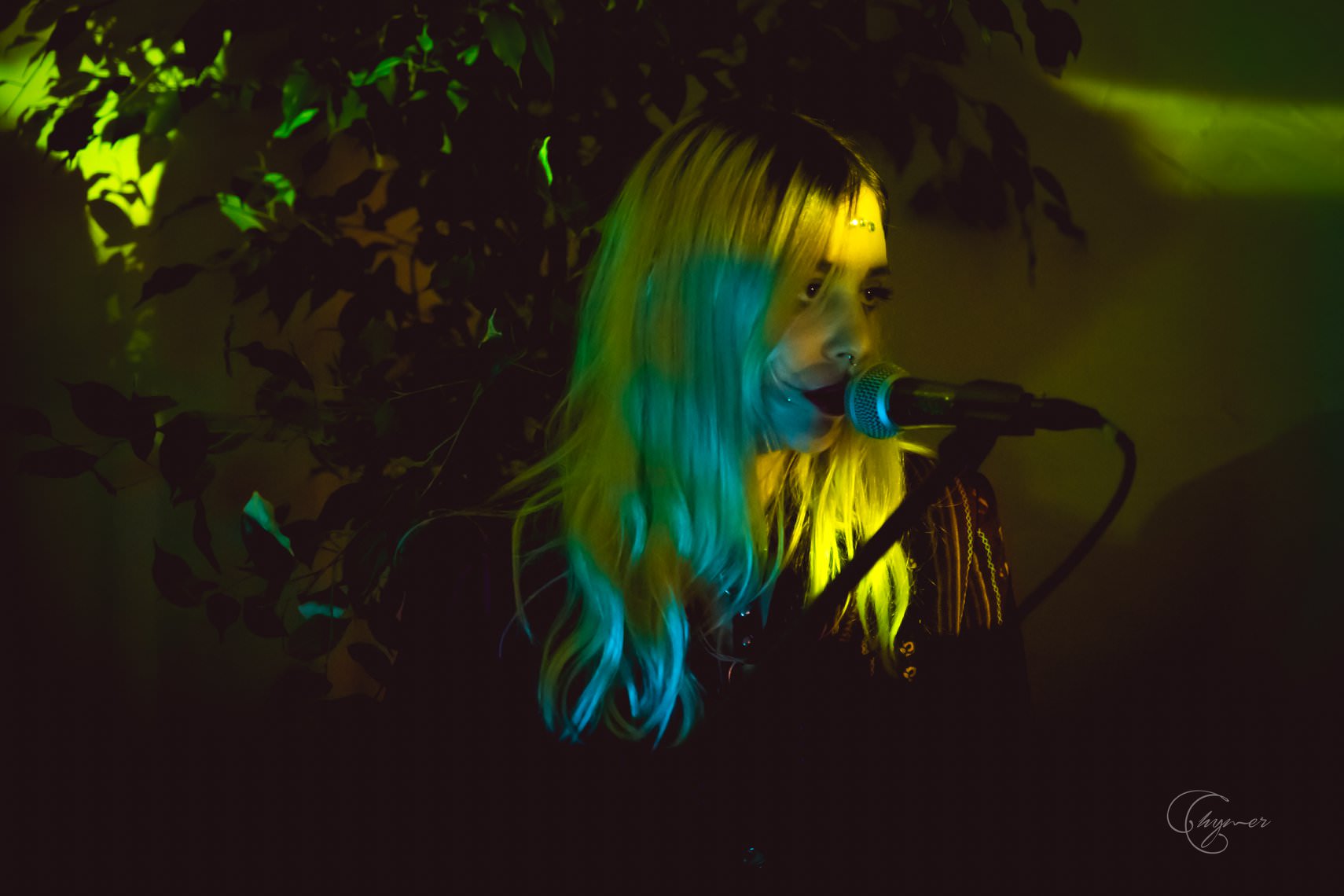 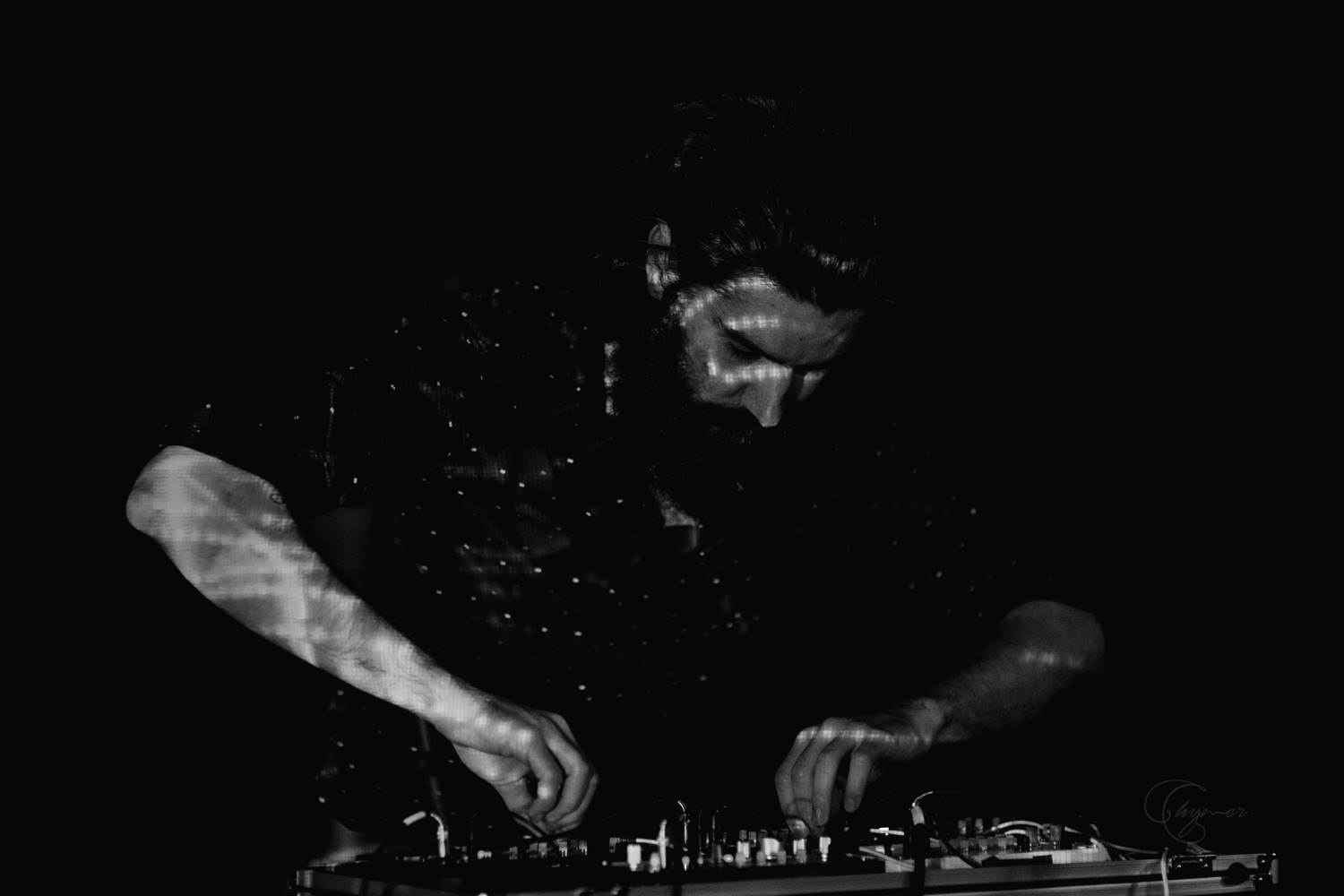 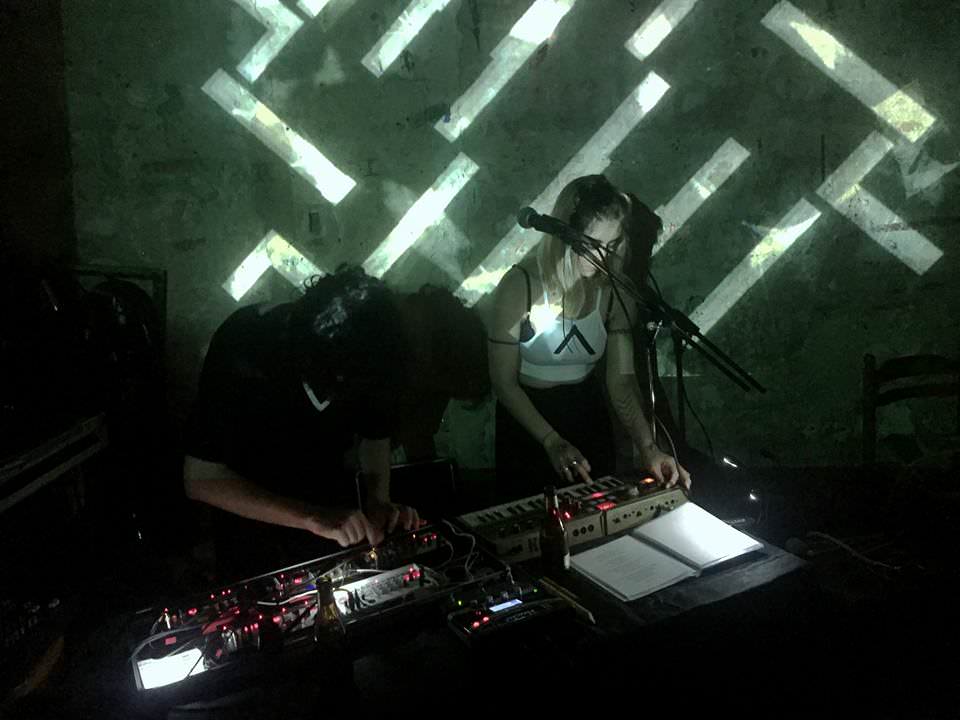 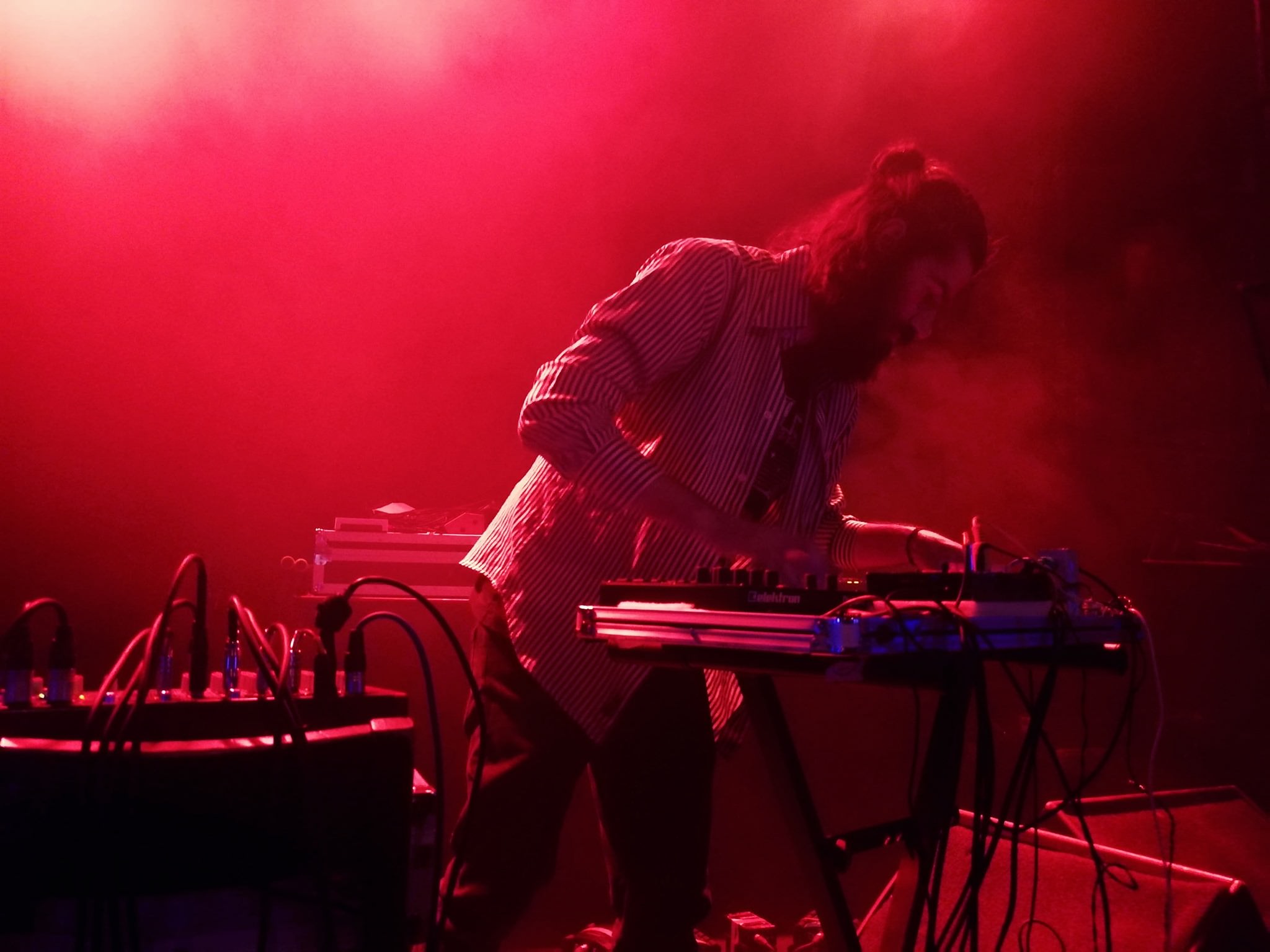 "“The retro-futurism has 2 new ambassadors. Mixing kraut rock, cold-wave and techno influences, Denuit proposes a trip in a world they created from scratch. Ivi plays machines, Bonnie sings and plays flute, gongs and synths. Their universe is all nuance, like a real journey filled with pitfalls, moments of doubt, joy, fear and madness. Mermaids, crackling sounds, repetitive melodies and always changing vocalizations .A living sound tale which is discovered and is drawn with each minute passing by.”"

"“The Toulouse duo comes out with their second album of the year, after Equinox Lines. This time, the direction of the Blue Empire, an imaginary country ruled by a king facing the revolt … so to speak a pure fiction! The scenery being planted, time for the music to render the atmosphere, where fire and steel are at the center of it all and over present in the looped notes, at times industrial and experimental played Ivi, half of the duo. While rhythmic and synths hypnotize , Bonnie – the other half – lays a song sometimes incantation sometimes imploring between Siouxie and Nina Hagen. The influence of the German scene remains very present on most titles, mixes post-rock with a darker krautrock. A disc with the beauty of the raw metal under the forge. To listen in priority: “Aurora”, “War of steel” and “Reïa”"

"“Denuit is a retro-futuristic electronic duo mixing krautrock, cold-wave and techno influences. After a self-produced E.P. Residency in 2017 and a debut album in early 2018 Equinox Lines, Denuit joined the hapax label with a new album The war of Steel. Hosted by the nymph Bonnie singing, synth and various strange instruments and the magician Ivi on machines, Denuit is a dystopian world that must be visited, a music resolutely electronic with a singular narrative universe. This new opus tells us in the language of gold, the story of the Blue Empire, a dark and icy universe imagined by the duo where a despotic king makes his law prevail but where revolt rises. The perfect setting to unfold Ivi’s throbbing loops and Bonnie’s misty vocals.”"